Already had a trip planned to go to Pawleys Island for Labor Day weekend to do a little fishing.  Almost decided not to go, but saw that the next 3 days were good after the storm so went on down.  Didn't plan on fishing Friday during them storm, but there was a brief lull before the hardest part hit us.  I was pleasantly surprised that the fish were feeding during the storm and was able to catch red and black drum, croaker, and some other small fish.  The cool thing was the fish were feeding in the flow coming from the marsh.  All were caught using shrimp and of course using my tried and true Zebco Z-Cast rod and Pflueger Trion reel.

Got to go back out right before dark and caught 2 nice flounder and a bigger black drum.  The flounder were caught on a Z-Man Scented PaddlerZ in Electric Chicken.  I really love Z-Man products because they are so tough and can catch a lot of fish before getting torn up.  First time trying the PaddlerZ and the action looked really good for twitching and slow retrievals. 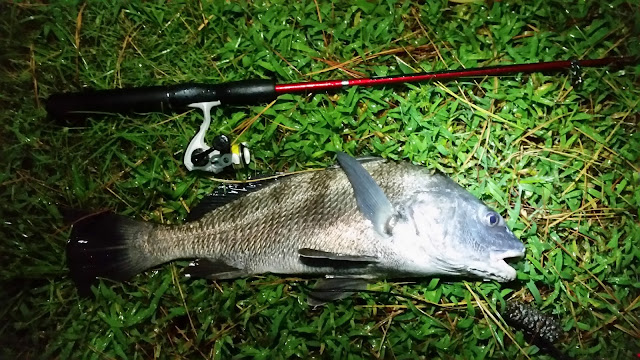 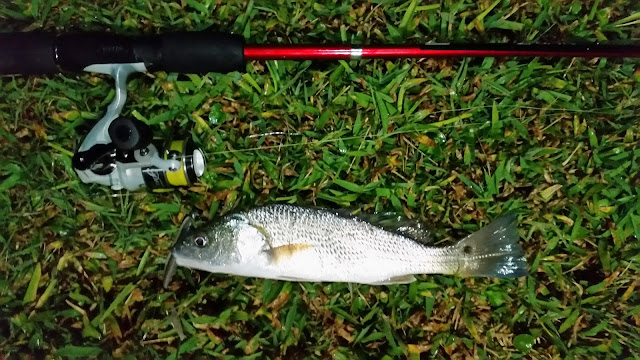